Day 6 – Wednesday : Arles from one tower to another 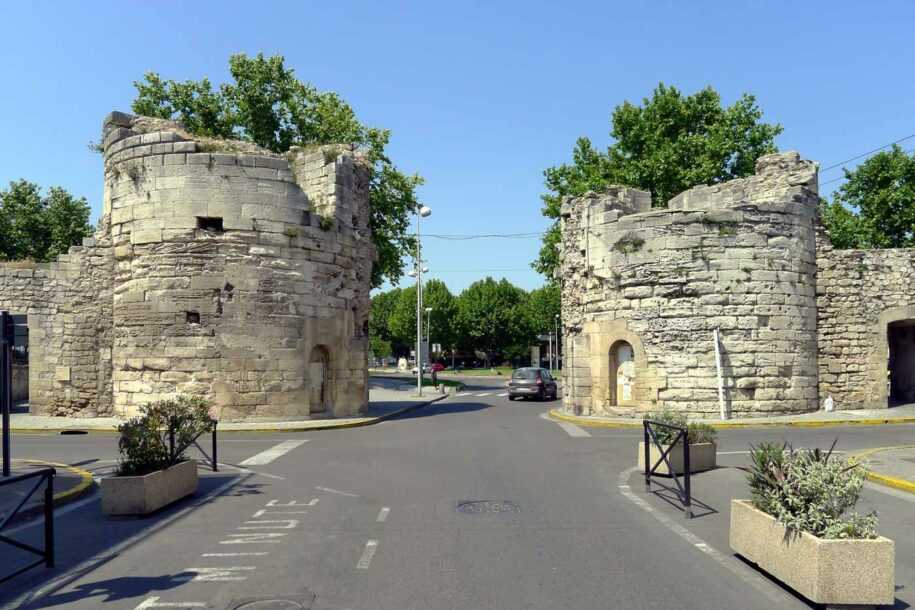 Sixth stop on our guided tour of Arles and its surroundings.

After a little tour of the Wednesday market, which stretches from “Boulevard Émile Combes” to “Place Lamartine” (dominated by the two towers of the Porte de la Cavalerie), head for “Boulevard Victor Hugo” to witness the rebirth of an entire district thanks to the installation of two institutions with clashing yet complementary architectures: on the one hand, the new école Nationale Supérieure de la Photographie, all in horizontality, linearity and transparency, designed by the architect Marc Barrani. On the other, the verticality and sculptural profile of the tower of the Fondation LUMA, the work of Franck Gehry, who was inspired here by the tormented reliefs of the Val d’Enfer in Baux-de-Provence. In the space located between these gateways of a new kind, it is the city of tomorrow that takes shape, a stone’s throw from the former SCNF workshops, converted into exhibition spaces of international quality and artist residencies. Soon, a large park designed by the landscape designer Bas Smets will offer a real green lung just a stone’s throw from the old center. You can have lunch on site, in the cafeteria of the workshops, face to face with the large hall.

In the afternoon, it is an architectural escapade of a different kind that you can do, by setting off for the abbey of Montmajour. The affirmation “In the Middle Ages, the rock on which the abbey was built was entirely surrounded by swamps” is true as Montmajour was an island, a sort of Provençal Mont Saint-Michel! Today, we are above all struck by the size of the volumes of its high church and the purity of the lines of its cloister. You will be lightly dizzy on the terrace of the Pons de l’Orme tower, which offers a 360 ° panorama view over Arles and the Alpilles.

Back in Arles, you can, in summer, relax with a drink at the Cruise – just in front of the Tour des Mourgues – visit exhibitions, play pétanque or, at night, watch a movie or dance under a starry sky… If you have a car and want to get even higher, head for the perched village of Baux-de-Provence, in the heart of the Alpilles massif and the Val d’Enfer, where you can also cool off in the famous Carrières de Lumière. A little further, the villages of the Luberon await you: from Gordes to Roussillon via Lourmarin, the palette of architecture and landscapes is vast and offers yet another vision of Provence.

Tomorrow : Arles, gateway to the Camargue