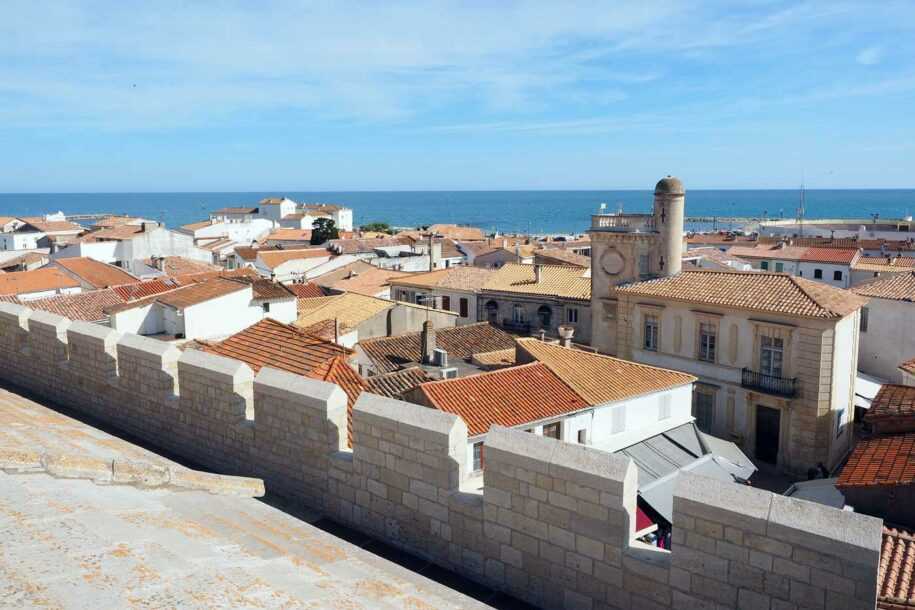 Seventh stop on our guided tour of Arles and its surroundings.

As everyone knows, Arles is the largest municipality in France. Its vast territory covers a good part of the Rhône delta and the Camargue regional park. The city therefore maintains a special relationship with nature that is both wild and controlled.

For a historical and ethnographic point of view on the subject, head to the Camargue Museum, located 9 km from the city center on the road to Saintes-Maries-de-la-Mer. Housed in a former sheepfold, with a contemporary extension on stilts and a sculptural observatory designed by Japanese artist Tadashi Kawabata, the museum explores the history of rice cultivation, bull breeding and horses and the relationship between water and land. While leaving, you can embark on a small path to discover the roubines (small irrigation canals), rice fields, reed beds and an authentic gardian’s hut.

For lunch, drive to Chez Bob, near the Étang de Vaccarès to taste a homemade anchoïade, a potargue or a bull rib cooked in front of you in the fireplace.

In the afternoon, head to Salin-de-Giraud. Both a rural and an industrial village, it amazes with its brick architecture reminiscent of the northern settlements. Here, however, it is not the black gold of coal that is extracted from the ground, but the white gold of salt, a treasure offered by the salt marshes, amassed in the form of immense camels forming a surreal landscape, with infinite shades of white, pink, orange, gray, blue and green. By pushing further still, you will be able to go to stretch out on the fine sand of the beach of Piémanson, the beach of Arles, where a feeling of finding the farthest corner of the earth will embrace you for sure.

If you prefer to continue straight after the Musée de la Camargue, you will reach the village of Saintes-Maries-de-la-Mer. Religious pilgrimage site for gypsy communities across Europe, the Saintes live to the rhythm of the intense devotion given to their patroness Sara, black servant of Marie-Salomé and Marie-Jacobé. Her statue, dressed in multicolored dresses and jewels, is preciously kept in the crypt of the fortified church. With its alleys framed by small white houses, its port and pocket arenas, huts of herdsmen and sandy beaches, the village is also a pretty seaside resort with very exotic Spanish accents.

We uses cookies to ensure you get the best experience on our site. By continuing to use this site, you consent to our cookie policy.Ok